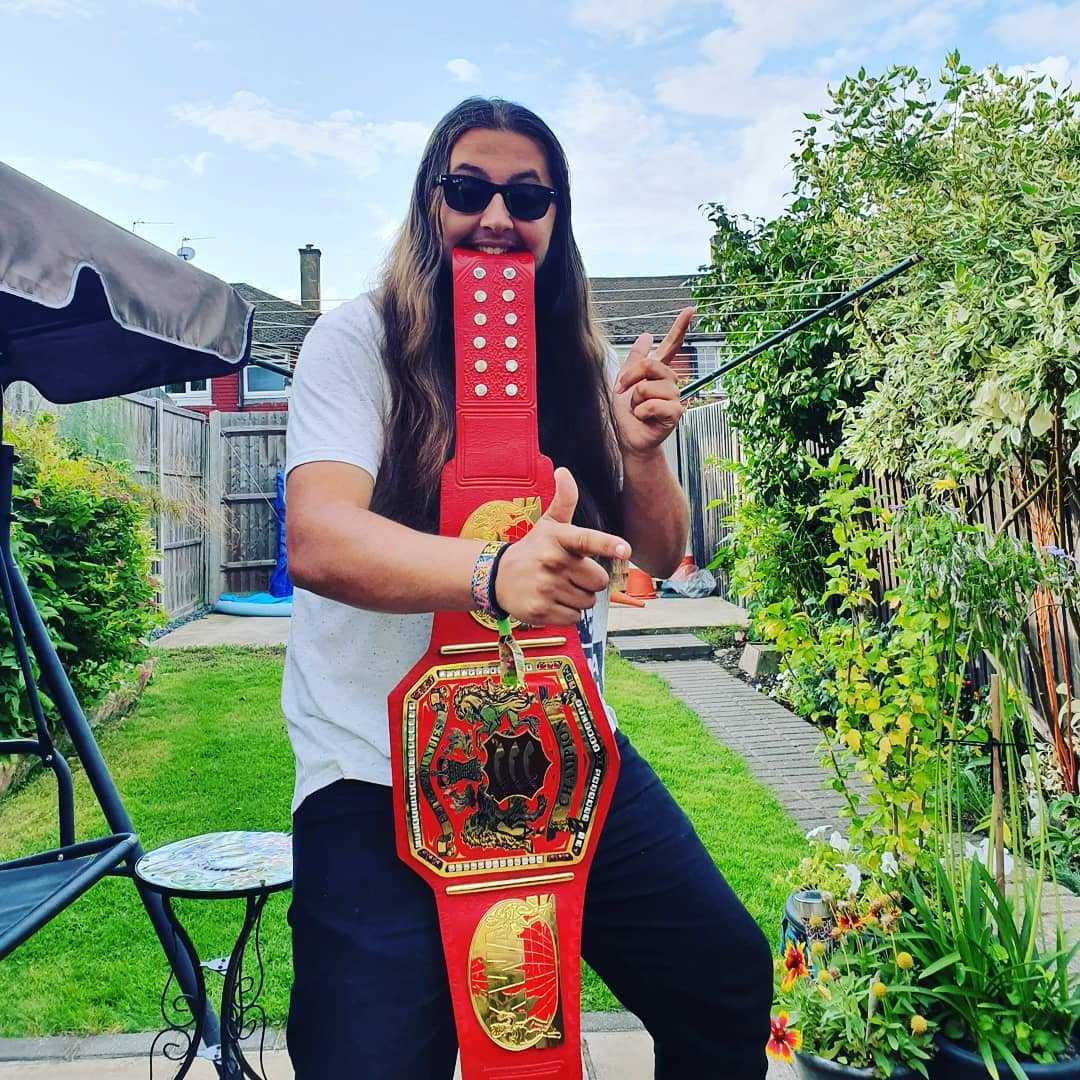 At the age of 11, I was flicking through the channels trying to find something to watch on TV on a Saturday afternoon. As I kept scrolling through I found a repeat of Friday's WWE SmackDown show. Wrestling was never something I had paid much attention to as a younger child but on this day I decided to keep watching to see what all the hype was about. What I found was a wacky world of over-the-top characters that really sparked my imagination. Seeing the likes of The Undertaker, CM Punk and Jeff Hardy flying around the ring and throwing other fully grown men over their heads amazed 11-year-old me. As I watched it became apparent that I had been hooked and every subsequent weekend was spent catching up on the week's wrestling.

Watching wrestling on TV was nothing compared to seeing my first WWE show live and in person - April 11th 2011, a few years after I had started to watch on TV. As I watched the main event with 17,000 other fans at London’s O2 Arena I made a decision. That decision was that no matter what it took I was going to be a wrestler. I would spend my early teen years telling everyone who would listen that I was going to step into the ring and become one of the people I had grown up watching. Some people laughed, others turned their noses up but a few people (the ones who knew how stubborn I can be) knew that if I had said I was going to do it I probably would at some point.

The turning point in my journey into wrestling would come when I was 16 years old. I had got a job at a supermarket and was saving every penny I could so that I could buy my own wrestling ring and train as much as I wanted at home. This may seem like a big risk given that I had never stepped foot in a ring in my life nor had I ever attended any kind of training, but I was a fan with a goal. After about a year working that job, I had saved enough to finally buy my very own 14 ft by 14ft ring (the exact width of the garden at my mum's house). After some discussion with my mother, she (reluctantly) agreed to let me put a ring in the garden. With her permission, I called the company who would make the ring for me and placed the order, a full year of saving and 3 grand later I was the proud owner of my very own wrestling ring. A fun side note here is that the ring actually arrived on Mother’s day which I’m sure was not a popular idea but it was the only availability they had.

Once the ring arrived and we had it set up, the real work began, I learned very quickly that the idea of wrestling being fake was false. Predetermined is the term I like to use to describe what we do, the outcomes are known before the match starts, however, the feeling of being slammed into a wooden ring floor with a half-inch of padding on top of it is very, very real. As I spent more time in the ring I was teaching myself new moves and building up confidence in what I was capable of. One day a good friend of mine mentioned that one of his friend's partners was a wrestler and that he would like to come train with me at some point. So we set it up and when he came over I got what was essentially my first proper lesson. Theo was surprised that I learned so much on my own and invited me to train with him at a local academy he was involved with. Once I got to the Train2Wreslte HQ (a scout hut near Twickenham) I met Terry and Liam, who would go on to become my official trainers. They taught me everything from how to run the ropes and take a bump (insider talk for falling flat on your back in the ring) and everything in between.

As my training progressed Terry mentioned to me that they were looking for a venue for their comeback show and asked if I knew anywhere local. I suggested we try to host the event at my sixth form school hall. The venue had a stage and ample space for a large crowd. Once we had the school venue booked Terry asked me if I felt ready to be in a match in front of an audience, up to this point I was training weekly but in the shows, I was playing the part of the referee, a role that is integral in wrestling as they are responsible for the wellbeing of the performers in the ring.

Of course, I jumped at the chance to actually wrestle a match and set about getting my ring gear made so that I could finally step into the ring just as the guys I’d spent the last 7+ years watching did. Terry felt it made sense to have my first match in my hometown (no doubt as he knew it would sell tickets) so the date was set for my first match.

On the day of the show, I was the most nervous I’d ever been, not so much for the wrestling aspect of what I was about to do but more for feeling exposed. At the time I was quite overweight and was not particularly comfortable in the skin-tight outfit I had to wear. I vividly remember standing behind the curtain asking myself can I do this but before I had a chance to answer my music hit and it was time for me to make my debut.

Limp Bizkit’s ‘Break Stuff’ blasted from the speakers and with a burst of energy, I emerged onto the stage. Of course, it being in my hometown at the school I was attending there was a very good turnout of people who wanted to see me have a match. Many of the people there that night - whether it was staff or students - had always told me to ‘be realistic’ or something along those lines so it was satisfying to see them all there to watch me do the one thing I said I was going to do for the last 5 years. The match went fine, it was no five-star classic but it got a good response and some of the other wrestlers on the show invited me to come and work for their company on the south coast.

From there I would continue to network and work shows around London and the south coast for a few years. During this time I would meet Frankie T and Johnny Royal, two wrestlers on the circuit who I got on with well. We decided that we wanted to run our own business and promote our own wrestling shows. We had a few meetings and developed the idea and launched IWE - Independent Wrestling Elite - in late 2019. The three of us would continue running the company until late 2021 when I decided to step away from the business aspect to focus more on being the best performer I could be.

I won my first championship in 2020 at a show I was running at the same school I had my first match in. The school run a week of charity events every year and asked if I would run an annual show for them to help raise money. This show was to be run in partnership with another wrestling organisation who I’d be wrestling for. On the day of the show, the promoter of the second company informed me that I was winning the title from his brand in the main event. This day really felt full circle, to be winning my first title in the same building I had my first match in was a special experience and has got to be my favourite memory of wrestling to date.

Throughout my time in wrestling, I’ve been lucky enough to work with people I grew up watching on TV and I’ve made some great friends and memories. I still actively participate in shows around the UK and always look for my next championship. Wrestling has taught me a lot of things, both in regards to professional and personal life. Some of these have been particularly useful at tails.com, for instance dealing with customers seems like a walk in the park when you're used to the customers at wrestling shows throwing drinks at you because you did something they didn't like.

Wrestling is weird and out there, people may even look down on it but I think that’s what makes me love it more. Nobody is too weird to be accepted into the world of wrestling and all those strange and wonderful individuals make up one of the most diverse and entertaining industries on the planet. 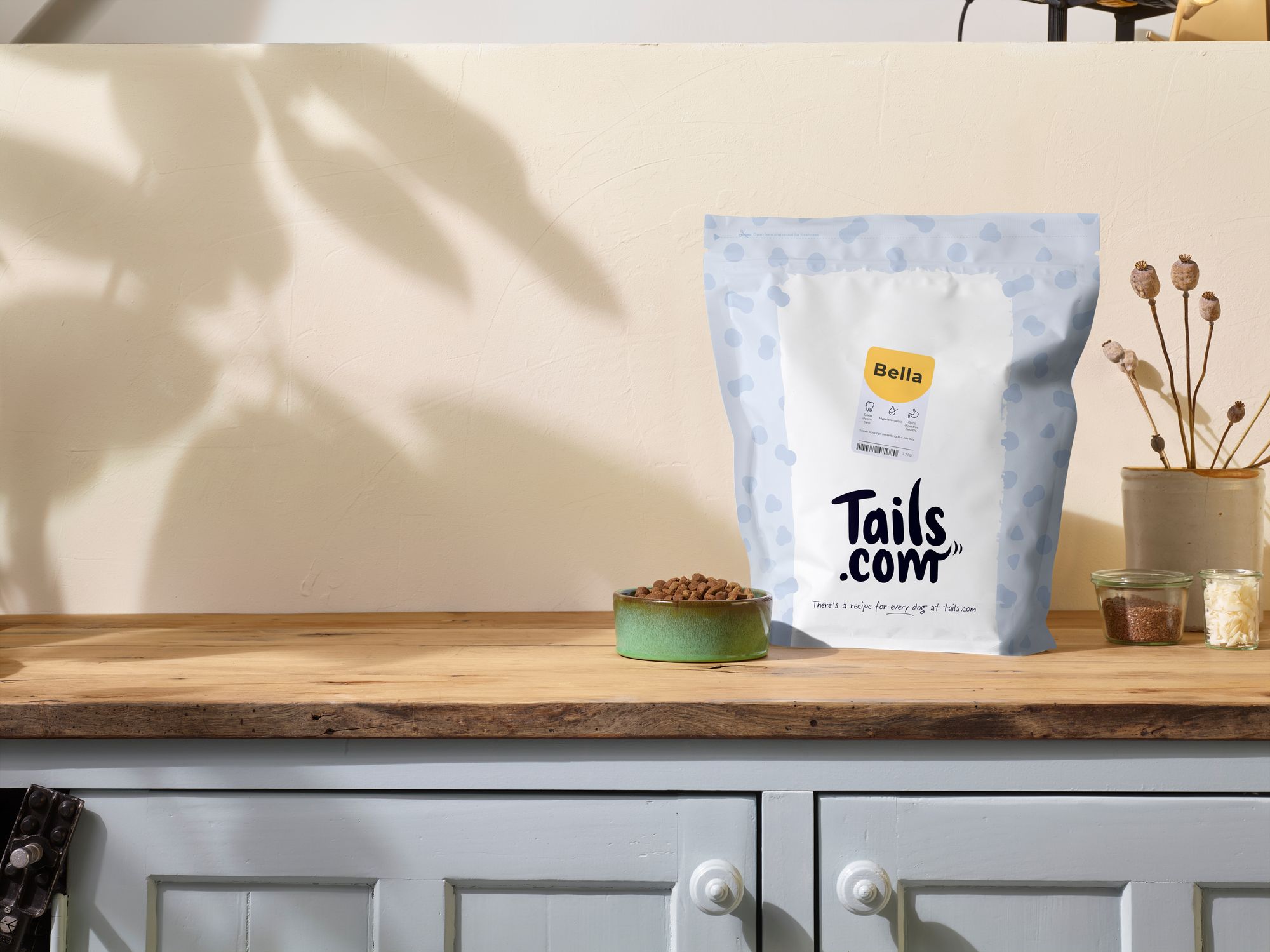